Since 1995, BioVision Technologies has been dedicated to providing high quality imaging technologies. We specialize in the supply and integration of cutting edge equipment from world class manufacturers. We provide not just products, but solutions to complex problems that push the limits of light quantification. Our customers include microscopists, researchers, and Nobel laureates at leading universities, government agencies, and clinical labs.

The iLas is a unique optical system for real-time control of laser illumination. It can perform a variety of targeted laser experiments, including circular TIRF, FRAP, photo-activation, and ablation. 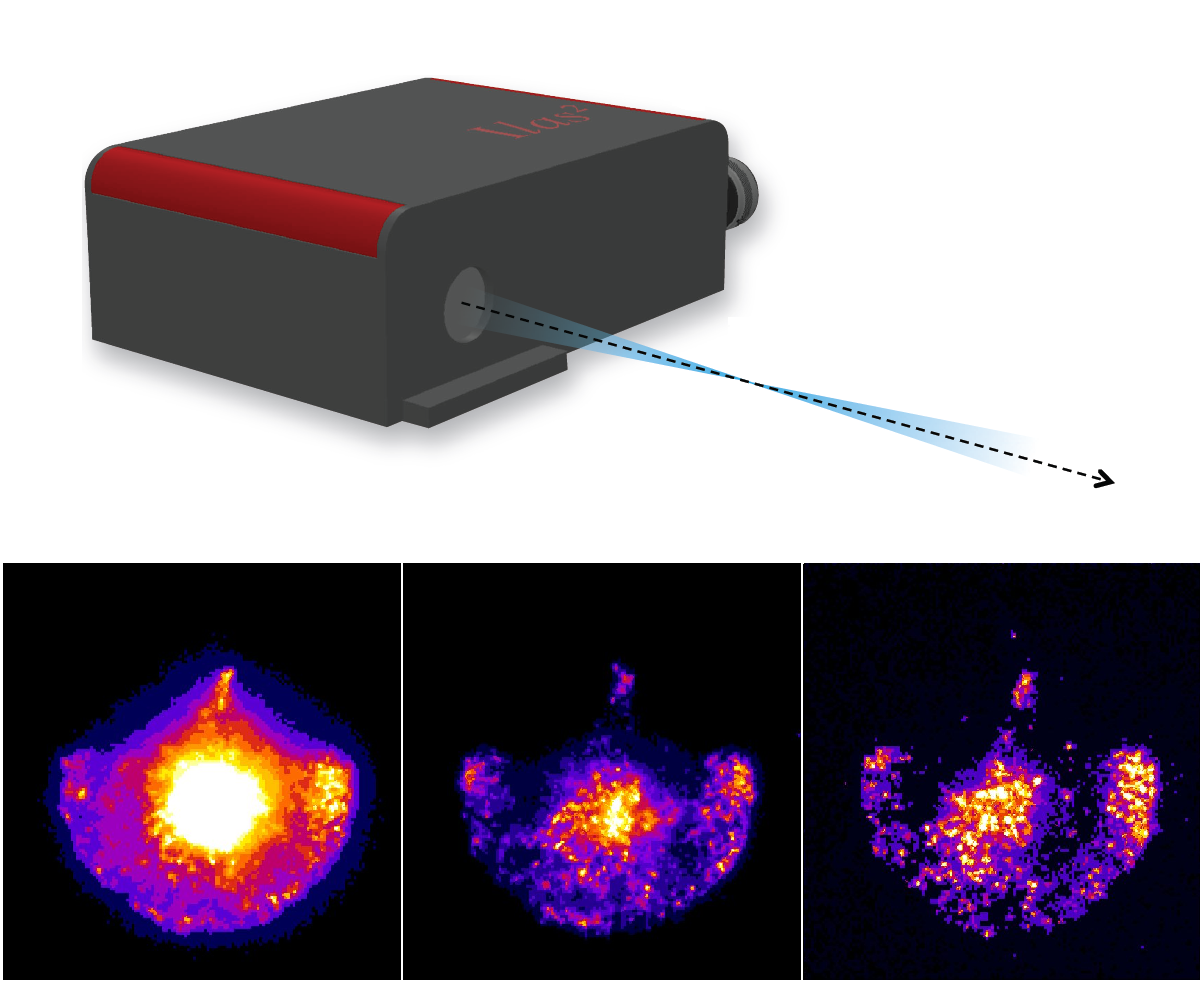 The TILT is a light sheet illumination system for fluorescence microscopes. It provides all the advantages of light sheet imaging with minimal photodamage, bleaching, or toxicity.

It allows imaging of epifluorescence with high‐magnification and high‐numerical aperture objectives for maximum resolution, and supports all imaging modalities including widefield fluorescence and DIC.

The X‐Light V3 is a unique system for spinning disk confocal imaging. It relies on the cutting-edge technology, advanced optical design approach and engineering solutions developed by Crest Optics to meet the very high-end specifications required by the most modern fluorescence microscopy applications. 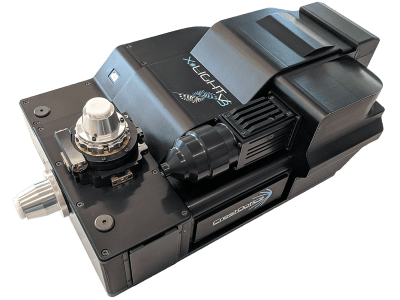 Prime BSI delivers a 100% pixel fill factor and does not rely on micro-lensing technology to increase detection, resulting in a 30% increase in sensitivity over previous sCMOS cameras. 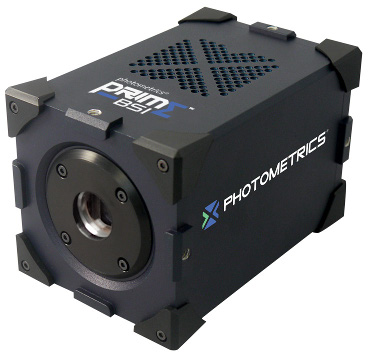 The ORCA‐Fusion balances the complex nuances of camera features to provide beautiful images and robust data at all lights levels, but especially in tough low-light conditions. The exceptionally low and highly uniform read noise of the ORCA-Fusion means that when the sample emits even just a handful of photons, either by default or by experimental design, they are not lost in the noise, but detected and reliably quantified. . 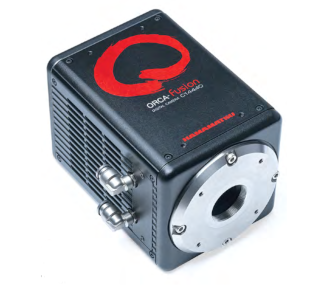 The pco.edge 4.2 bi draws on proven PCO AG technology from the pco.edge 4.2 family, incorporating a back-illuminated sensor. It delivers 4 Megapixels, 6.5µm pixels, with 95% Quantum Efficiency, with a USB 3.1 interface. 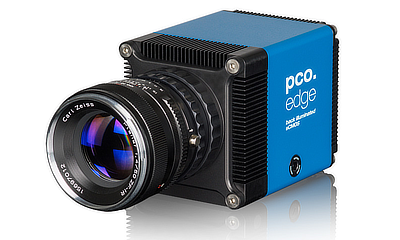 Huygens Software delivers deconvolution, interactive analysis, and volume visualization for the single user, for the advanced single user, and for shared facilities with multiple users.

Its GPU acceleration option increases speed of deconvolution by as much as 30×. 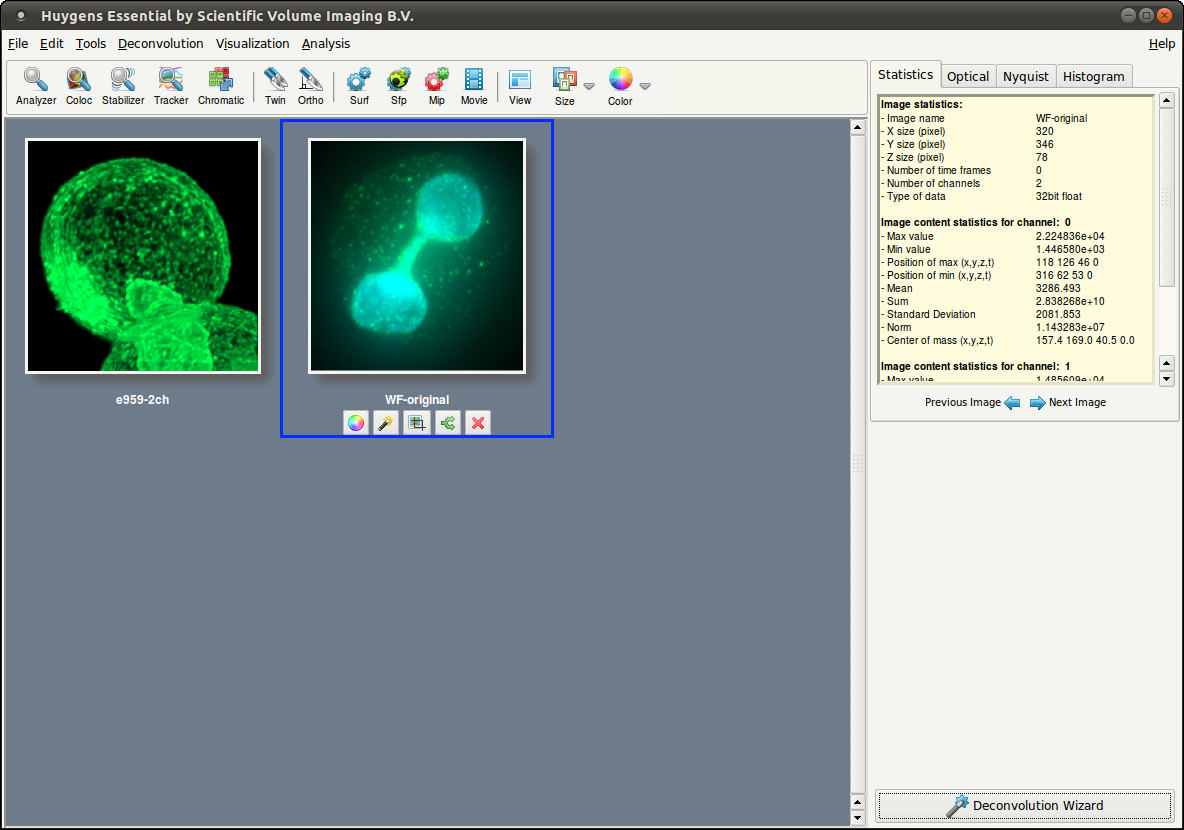